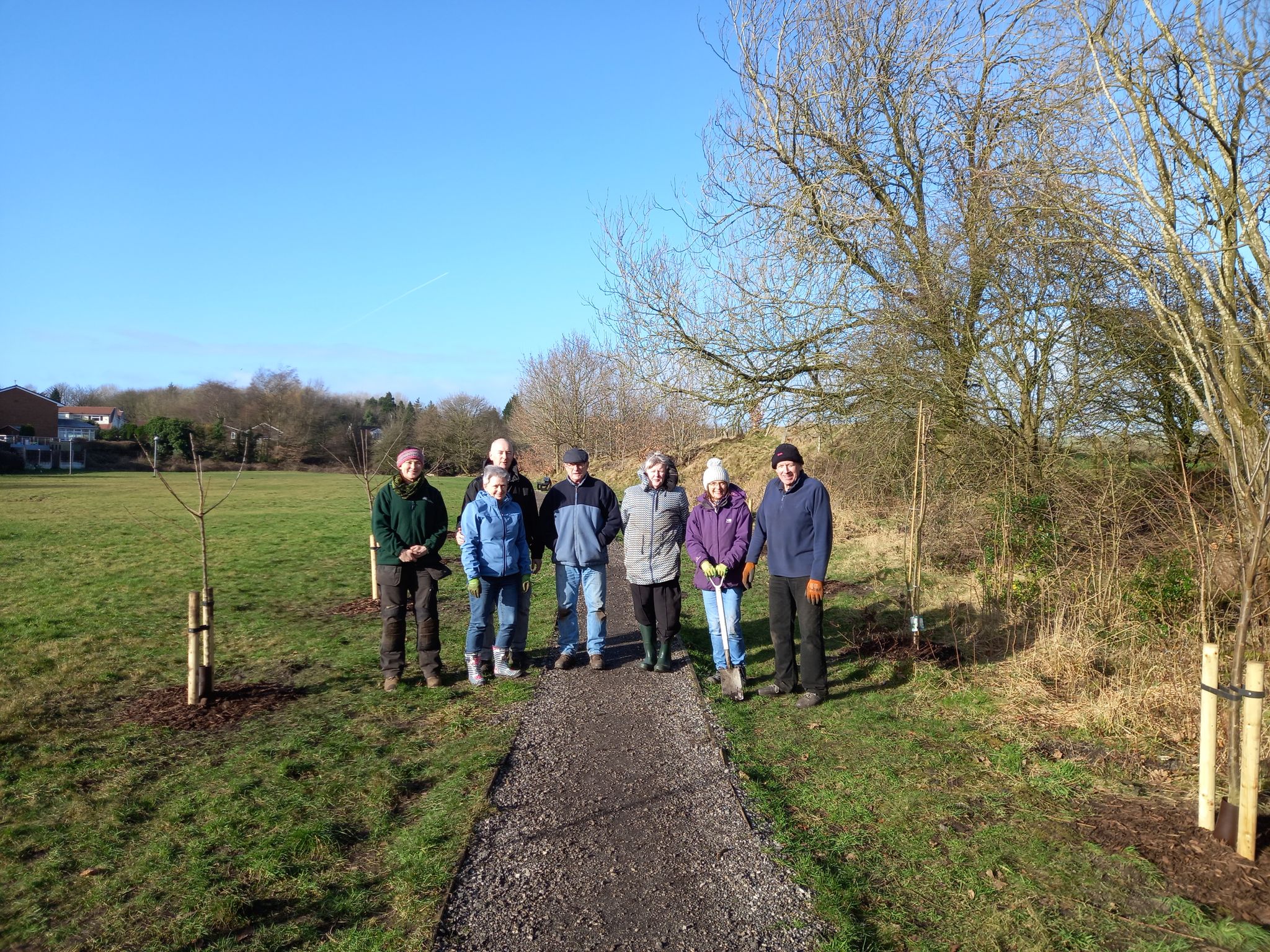 In a short space of time, Ainsworth Friends of the Delph; a small, dedicated group of volunteers, with the support of their community have transformed a communal green space at the heart of their village. Paul Buckley from the group, talks about what they’ve achieved, their hopes are for the future, and his advice for those with similar visions for their community.

History of the Delph

The Delph, in Ainsworth started life around the early part of the 1800’s as a stone quarry. The correct way to spell the Delph is “Delf” meaning stone quarry. The stone cottages on Church Street were built around 1834 onwards, with the stone from the quarry. We are not sure how far the stone travelled to create other buildings either locally or nationally. We know that the stone which was quarried was transferred by a small railway to Lowercroft. The remains of the line can be traced across the field, on the village link towards Lowercroft Road.

We don’t know the exact date that the quarry flooded, but we think around the early 1900’s.The quarry flooded so quickly that there was no time to take out any tools or machinery. That is now buried at the bottom of the quarry.

The quarry was filled with water in the late 1970’s following the drowning of a little girl who lived opposite the quarry on Church Street.

It was filled in with household rubbish, slack from the mines in Radcliffe, and grave stones from Radcliffe. Once filled in the Delph is probably the size of 2 football pitches.

The Council gave over the responsibility of the Delph to Ainsworth Community Association to maintain around 2017. The Council own part of the Delph, and the other part is owned by The Earl of Wilton.

Bury Council stopped maintaining the Delph around 2017. The Association have tried to maintain the grassed areas, but this has been a challenge in the last few years, and a local farmer helped out by cutting the grass twice a year. The Association also had the path put in all the way round, added a number of benches, and two raised beds at the front of the Delph.

In March at the Association’s meeting Paul Buckley suggested a sub-group be formed to take on the responsibility of looking after the Delph.

On 3rd April 2021 Paul formed Ainsworth Friends of the Delph. We are all volunteers from the village. We have a team of 12, but 8 regulars.

The aims of the “Friends” was to improve and keep the Delph in its natural environment for wildlife whilst being accessible to the public for exercise, dog walking and general enjoyment of the surroundings.

We wanted to ensure wherever possible any waste created from our work would be recycled. Our aim was also to plant some trees. With the help of City of Trees we planted 10 fruit trees to form a community orchard. The fruit is free to pick like our strawberries and herbs. The support we received, our future plans, and setting up a group.

We continue to be amazed how the village and individuals support our work and heap praise on what we have achieved in one year. Of course without that support we wouldn’t have accomplished so much.

All proceeds continue to be used to maintain the Delph.

And finally, the Ainsworth Friends of the Delph gardening team for volunteering to do all the things we have listed above in the first 12 months of the groups’ existence.

The Team have found that our work is good for both your mental and physical health. We held a team Christmas party and have really bonded and found new friendships. You can watch our progress by joining us on Facebook at Ainsworth Friends of the Delph. The Delph is now truly a community asset which receives constant support from the kind people of Ainsworth Village.

Advice in setting up a group

My advice to setting up a group like this is to ensure you communicate well with key people from the Council, local councillors, groups such as Scouts and Brownies, and ensure you have community support.